Sell My House Quickly in Reading

Sell My House Quickly found another interesting article about properties in Reading. Reading house prices increased more than South East average in the month of October.

House prices increased by 1.8 per cent– more than the average for the South East – in Reading in October, new figures show.

The boost contributes to the longer-term trend, which has seen property prices in the area achieve 3.3 per cent annual growth.

The average Reading house price in October was £300,968, Land Registry figures show – a 1.8 per cent increase on September.

Over the month, the picture was better than that across the South East, where prices increased 0.4 per cent, and Reading outperformed the 0.7 per cent rise for the UK as a whole.

Over the last year, the average sale price of property in Reading rose by £9,700 – putting the area 44th among the South East’s 74 local authorities for annual growth.

The best annual growth in the region was in South Oxfordshire, where property prices increased on average by 9.9 per cent, to £453,000.

At the other end of the scale, properties in Spelthorne lost 3.1 per cent of their value, giving an average price of £358,000. 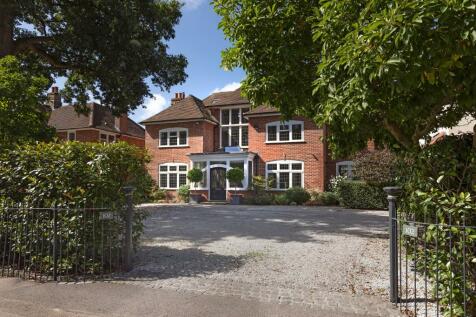 Owners of detached houses saw the biggest improvement in property prices in Reading in October – they increased 2.4 per cent, to £623,152 on average. Over the last year, prices rose by 5.9 per cent.

Among other types of property:

First steps on the property ladder

By comparison, former owner-occupiers paid £339,500 on average in October – 26.3 per cent more than first-time buyers.

How do property prices in Reading compare?

The highest property prices across the UK were in Kensington and Chelsea, where the average October sale price of £1.3 million could buy 14 properties in Burnley (average £93,000).

Best and worst annual growth in the South East

We found this article about Reading House Prices Increased on The Chronicle Reading.  Kindly click the link to read the full story.

At Sell My House Quickly Reading, we pay fair prices for any property fast and quick so please feel free to Contact us here for more details.

If you need to sell your house in Reading quickly, then just fill out the form below and we will be in touch asap.

We use cookies on our website to give you the most relevant experience by remembering your preferences and repeat visits. By clicking “Accept All”, you consent to the use of ALL the cookies. However, you may visit "Cookie Settings" to provide a controlled consent.
Cookie SettingsAccept All
Manage consent

This website uses cookies to improve your experience while you navigate through the website. Out of these, the cookies that are categorized as necessary are stored on your browser as they are essential for the working of basic functionalities of the website. We also use third-party cookies that help us analyze and understand how you use this website. These cookies will be stored in your browser only with your consent. You also have the option to opt-out of these cookies. But opting out of some of these cookies may affect your browsing experience.
Necessary Always Enabled
Necessary cookies are absolutely essential for the website to function properly. These cookies ensure basic functionalities and security features of the website, anonymously.
Functional
Functional cookies help to perform certain functionalities like sharing the content of the website on social media platforms, collect feedbacks, and other third-party features.
Performance
Performance cookies are used to understand and analyze the key performance indexes of the website which helps in delivering a better user experience for the visitors.
Analytics
Analytical cookies are used to understand how visitors interact with the website. These cookies help provide information on metrics the number of visitors, bounce rate, traffic source, etc.
Advertisement
Advertisement cookies are used to provide visitors with relevant ads and marketing campaigns. These cookies track visitors across websites and collect information to provide customized ads.
Others
Other uncategorized cookies are those that are being analyzed and have not been classified into a category as yet.
SAVE & ACCEPT